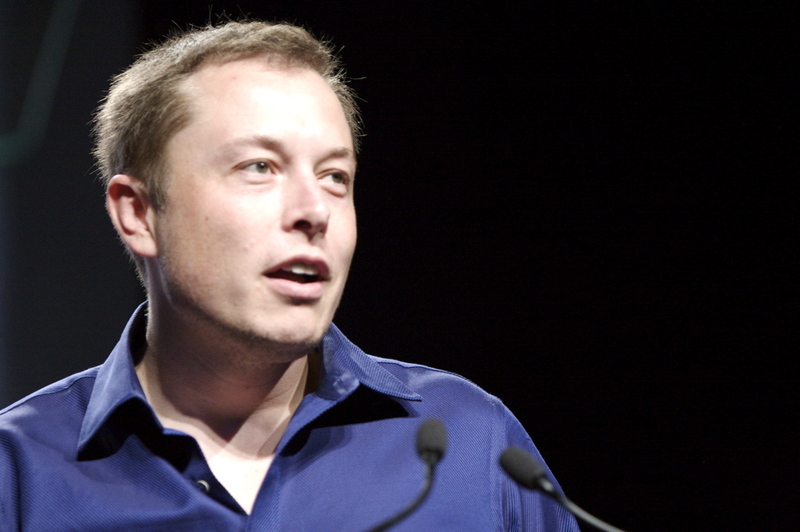 Today at 3pm Eastern Time, Donald Trump will announce whether he intends to withdraw the U.S. from the 2015 Paris Agreement or stay the course on climate change.

While breaking the Agreement would undoubtedly please some of Trump’s base, it wouldn’t endear him to one of the highest-profile members of his business advisory council and his manufacturing jobs initiative: Elon Musk.

Yesterday, in an exchange on Twitter, Musk was asked what would happen if Trump opted to renege on the climate deal, and his response was crystal clear:

If Musk were to abandon the two councils, it wouldn’t be surprising. Much of his current work centers on green-focused technology like zero-emission cars (Tesla) and cheaper, more attractive renewable energy options for consumers (Solar City). In the process, he’s become a leading advocate for pro-environmental policies worldwide.

It’s worth pointing out, though, that if Trump were to back out of the Paris Agreement, it wouldn’t just be a blow to Musk’s sense of morality. It could also hurt his companies’ bottom lines.

After all, if the U.S. says that it’s no longer committed to reducing greenhouse gas emissions, there will be less pressure for agencies, states, cities, and companies to implement emissions-free targets. In Musk’s case, that could keep cars with internal combustion engines rolling off assembly lines far longer than many analysts currently predict.

It could also reduce interest in solar power–not only because consumers might fail to see the value of installing solar systems, but also because subsidies for those systems could become less of a priority with elected officials. Without those subsidies, interest could evaporate.

The Paris Agreement is far from perfect. Many climate change skeptics have insisted that it will hurt the economy. Environmental activists, on the other hand, complain that the deal lacks teeth, because it allows signatory countries to set their own plans and goals, and there are no penalties for non-compliance. As such, the Paris Agreement doesn’t carry the weight of law, and in the U.S., it’s considered “an executive agreement rather than a treaty.”

That said, for a president who’s having significant problems with his approval rating–even among his base–ditching a climate change agreement seems like a curious move. A recent Gallup poll shows that half of all Americans are deeply concerned about the problems caused by climate change. Another 31 percent believe that, while some of the scenarios painted by scientists seem exaggerated, climate change is a legitimate issue to be addressed. Only 19 percent of respondents refused to believe that it was a problem.

It’s also worth noting that much of Trump’s business advisory council is investing in renewable energy and climate change mitigation policies. If the president backs out of the Paris Agreement, he could see more empty chairs at the next meeting.

Frankly, we’re a little surprised that Musk has stuck around as long as he has. Plenty of his peers (Uber’s Travis Kalanick chief among them) have taken a lot of heat for participating on Trump’s business council.

So far, Musk has been largely insulated from that kind of criticism, but reneging on a climate change deal would seem like a dealbreaker–not just because it might offend Musk’s personal beliefs, but also because it could hurt his companies’ chances for future success.